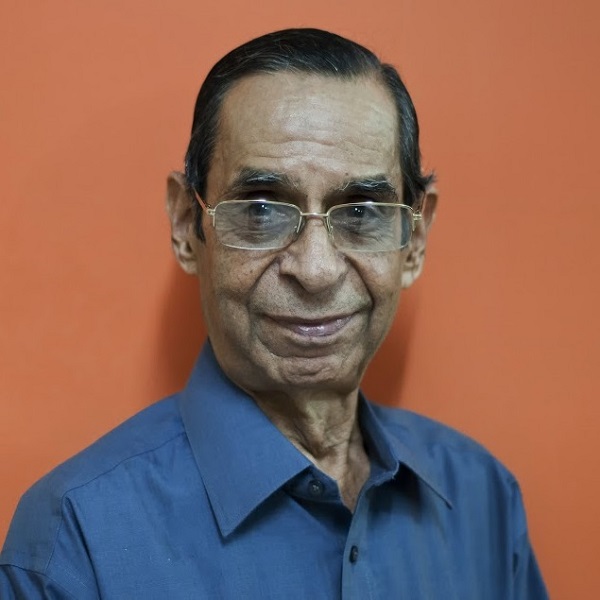 Shyam Bajaj is the man behind Norge Audio, India. This Mumbai based audiophile company was established in 1967 and specializes in amplifiers, speakers and audio accessories. This pioneering Indian audio brand has catered sound systems to some of the biggest names in Bollywood such as R. D. Burman, Kishore Kumar, Mohd. Rafi, Waheeda Rehman, Shankar/Ehsaan/Loy, Shaan, Usha Uthup… to name a few.

SB: Music is life and life is music. I had a neighbour who used to listen to western music and pop music. My dad never liked it so I used to listen to music at his place and had the opportunity to listen to the first 45 RPM—Hound Dog by Elvis Presley. I then met through this neighbour of mine, a Westrex engineer Mr Kannan at King Circle, Matunga. He had made his own music system with big speakers and his own tape recorder. My God! The moment I heard it I loved that sound and I’ll never forget it. That moment was the turning point that got me into hi-fi music.

GD: How did you come up with the idea of Norge Audio?

SB: In 1962, a Gujrathi friend of mine bought a Tandberg Tape Recorder from New York which required repairs. I suggested my friend to write to Tandberg Company requesting for parts. After a few months of procrastination, he requested me to follow it up and so I wrote them a very nice letter. They immediately sent us the part with a service manual rolled up. This created a good impression which resulted in me sending my CV as I already had an electronics background and they offered to train me for 08 months which extended to 02 years. My 12 years dream had taken shape. In the period of 12 years I sent letters and applied to German companies like Siemens, Grundig… with no results. They never employed anybody for training in those days. Now I know why Tandberg factory employed me for training… they were represented all over the world barring India. For 08 years, till late 70’s, we were their representative in India. They used to even send parts for free.

We named our products as Norge because I was trained in Norway and I wanted to give them the credit. I learnt everything from them—training skills and philosophy of working. It also sounded like a foreign name. A lot of people loved that name and they ask me if it is a foreign brand. We were permitted to advertise our company as ‘Technical knowhow from Tandberg’. Tandberg was a world renowned Norwegian company at that time. Norge Audio monogram was inspired from a transistor symbol which also indicates transistor based audio amplifier. I got this monogram from a very old GE Record Player that had come to us for servicing.

In our class of equipment we are considered as the best in the country on account of pricing, the guarantee that we give—03 years, small parts available free of charge and excellent price to performance ratio. We use our hearing senses, invite audio experts and buffs to evaluate our products. I have several people coming to sell us something and they land up buying our things (and he laughs).

GD: Did you ever feel like migrating to Norway?

SB: Yeah I did feel like and loved to, but then I went with Mr Vebjørn Tandberg’s advice. They trained me for 02 years and I knew everything very well. His advised me that my country was very poor so I have to go and help my country. Subsequently when I came back, they offered me a job in Tandberg’s branch in New York, USA. Everything was ready and they offered me USD 1200 a month, it was big money in 1966. Being the only son, my father and family dissuaded me from going. An American client, a lady who was in Mumbai at that time, suggested that I should not make the mistake of going to America and that I was better off in India. I think I have no regrets now. Somehow I never liked America. It is a country that is only 500 years old with no history and no culture. I would choose Europe any day over America. It’s good that I did not go there and followed my own dreams here.

GD: What has been Norge Audio’s best-selling product?

SB: Norge Audio’s best-selling product is the Norge 2060 Stereo Amplifier. Because it is very reasonably priced and the performance is great. There was a very good review from a writer from AV MAX. He took one for himself, he migrated to Canada and is now my Canadian client. He still keeps in touch with me.

I received a letter from an Englishman Mr Nick who moved to India. I had sold him the small Norge Nano speakers and the Norge 2030 Amplifier. He says he can’t believe the quality and went on to say that it is fantastic value for money. He even suggested that I double the price and get more money.

Norge Audio has been awarded by AV MAX as the best Indian brand in 2009. We were also nominated by the Hindustan Times in their gadget show.

GD: Who have been Norge Audio’s biggest customers?

SB: We have our clients in Canada, Norway, Dubai, New Zealand, Singapore, Bhutan and India. The Norge brand still commands a very high brand loyalty among the thousands of users. Some of the past and present users are RD Burman, Kishore Kumar, Mohammad Rafi, Waheeda Rehman, as well as current popular artistes like Shankar/Ehsaan/Loy, Usha Uthup, Shaan and corporates like The Taj Group of Hotels, TIFR, IPCL, HDFC Bank, IIT etc.

I recollect a few of our celebrated customers very fondly. I remember RD Burman and Mohd. Rafi had paid for my systems. My sister’s very good friend’s father was an actor (Iftikar). He took me to Kishore Kumar. I took an amplifier with me expecting nothing. Surprisingly he asked me the cost and I said it cost INR 1200. He paid. I was shocked when Kishore Kumar paid because he had a reputation of being a miser—he would not even part with one rupee.

V. Namgyel, Amassador of Bhutan to India, bought my amplifier without even hearing it. He uses it with some high-end speakers that he has.

Akers (Norwegian company) engineer Gaute Johannesen was in Mumbai and he went around all the shops in search of a good music system but he did not find anything good at that time. He then came across the name Norge, he came here and spent an hour and a half listening to our systems. I went and installed the music system for him. He now promotes my products and gets Norwegian guys over here. He was in Mumbai for 05 years and he even helped me with my book—From Norway to Norge Audio. Though he was extremely busy he gave me so much of his time.

We had a 41 year old Norge Audio equipment come back to us for servicing. It was totally a Tandberg design. I still have the photograph I had taken with the customer. The controls and switches had to be cleaned and the customer said he will not part with it for anything. He is a customer from Mumbai.

We do not compromise on quality of components which are of audio grade and conform to international standards. Once a Norge user will always be a Norge user!

SB: I’m currently using a Marantz CD5001 and Norge 2060 amplifier with Norge Nano Speakers paired with a Norge Subwoofer. I listen to music when I demo them here at my Norge Audio Mahim factory or when I’m commuting in my car. When at home, I play music sometimes just to relax for about half an hour or so.

Our dream is to create audio equipment that is pleasing to the ear and at the same time to be affordable to people all over the world. The IIT fellows are going to help me with it. Their chief scientist Dipankar is very knowledgeable and is also an audio buff. He has bought one of my systems for IIT and they have offered to help me.

SB: Mainly jazz. Dave Brubeck is my favourite artist. I have got his autograph on one of my CDs. Fourplay is another jazz group and Oscar Peterson. Then there is this label called GRP which have very good artists like Acoustic Alchemy and Dave Grusin. So many others but I cannot remember them off hand.

GD: Where do you get your music from and what formats do you listen to?

SB: I get my music mainly from abroad. I ask friends and family to get it for me. Sometimes I get it from Rhythm House as well. I even go to music stores in Hyderabad and when I see anything interesting I just pick it up. I like to quality of pressing that you find in imported CDs especially the European ones.

The format that I use most is CDs and Vinyl Records. A customer of mine has gifted me his brother’s Vinyl collection. I play them on a Swiss Thorens TD150 Turntable.

GD: What do you think about free downloads and piracy?

I also like socialising. We have a group of 08 couples, we meet on the last Saturday of each month and we have been doing this for the past 23 years. We are a closely knit group who are always ready to help each other. Of course I’m a women’s man. I love the ladies and I have a soft corner for them. I have some very lovely friends.

I love to learn new languages. I love dancing. The other hobby I have is photography. I currently use a Canon G12 compact camera wherever I go.

SB: Mr Vebjørn Tandberg is my greatest inspiration. He inspired me to do everything. What I’m today is because of him. He was a very generous and selfless man who was worthy of emulation. He owned only one share of his company Tandberg Radiofabrikk and he gave the rest to his company employees. He also introduced 05 days a week work schedule in Norway. The factory used to close at 04:30 pm. They had a production capacity to manufacture 250 tape recorders a shift. If it was not targeted then you had to sit back for paid overtime. In 1978 the company was eventually declared bankrupt by the government due Japanese competition. The same evening that Mr Tandberg got the letter, he committed suicide. A very sad ending to a great man!

The Tandberg factory chief Mr Andersen is also an inspiration to me. I have never seen a man like him. He was a good friend of mine, he liked me very much and he was a Godfather to me. And when I left Norway, I cried like a baby, I have never cried like that in my life. Later, when I took my wife to Norway, after 04 years, I went and stayed with Mr Andersen. He gave us his bedroom and he used to sleep on the sofa. Before he went to work, he used to keep the breakfast table ready for us each morning. Where can you find a person like that?

For more information on Norge Audio please click on this—LINK.