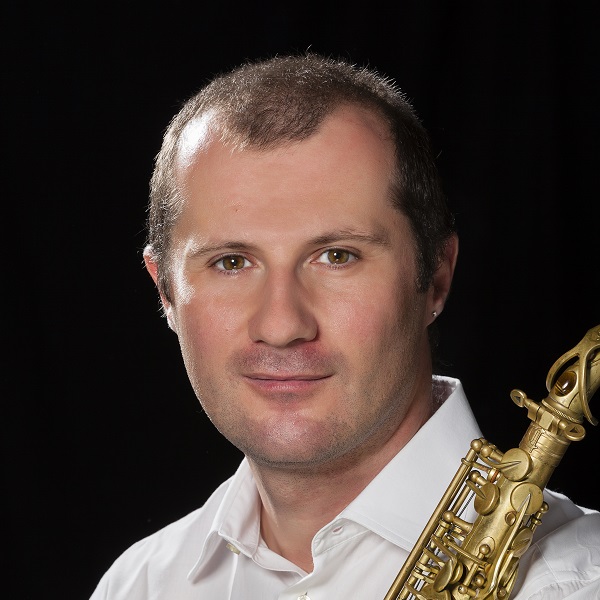 Konstantinos Papachristou is the man behind Black Pearls Audio, Greece. The company was founded in January 2012. The company’s target is to develop high-end audio equipment that reproduce sound accurately and with as much high fidelity as present technology allows.

KP: Well, music is my passion, but everyone says that, it has become a cliché for audio constructors. The difference is that I’m a musician, I have studied jazz saxophone and I still play in bands, although my free time is quite limited now. Music is part of my life and because I get to play music my demands when listening to recordings are quite high. So, when designing audio equipment I also judge the result from a musician’s point of view.

GD: How did you come up with the idea of Black Pearls Audio?

KP: The idea of Black Pearls Audio came when I became unemployed, after the economic downturn that began in 2009 in Greece. I was already involved into several audio designs by that time, so I thought why not turn my hobby and passion into a full time job?

GD: How is the Birth 100 special from other amplifiers available in the market today?

KP: What I wanted to build was an amplifier that you can simply enjoy music with. I hate it when the sound penetrates your ears and make you feel uncomfortable. I believe that if the audio equipment is right, then all sorts of music can be played equally well (almost…). I also like the valve sound, but I don’t like the extra sweetness or colouring valve amplifiers often have, or the constraints you may have regarding bass or speakers selection. I like the sound reproduction to be as accurate as possible; I want to listen to the truth, what the mixing engineer was listening to in his studio. So, this is what the Birth-100 integrated amplifier is. It’s an amplifier with accurate reproduction of the original signal in terms of timbre, attack and dynamics. It’s a sweet sound that enters smoothly into your ears and makes you feel relaxed. You start listening and you just can’t help yourself from putting more and more music to play.

GD: What other products to you plan to design in the future?

KP: A top-loader CD player with USB audio interface (24/192 asynchronous), named Virgo,  is ready and will be available very soon. It is designed with the same values in mind as the Birth-100. Next comes a pre/power set for customers that demand more output power, but also more facilities in the pre-amplifier stage. A phono stage is also under development, but won’t be available before the end of 2014. Depending on the sales of the Virgo CD player, a separate DAC might also be considered, with more features in terms of digital input and output connectivity.

KP: I listen to music with my heart! I often enjoy listening to music after a busy day, relax on the couch with a glass of spirit and let the music take the stress away. I choose relaxed or mellow jazz, close my eyes and dive deep into my senses. Audio quality is not always about timbre, attack and dynamics. It’s about the ability an audio system has to touch your feelings. It’s about expression, qualities that cannot be separated into tangible criteria. I once listened to a very good audio system. I sat on a chair and noticed that the dynamics were not so great and there was also a sense of colouring to the sound, but I just couldn’t leave the room. I stayed there listening to song after song. Why? Because the system was transmitting some kind of magic to me. It was touching my heart in a way that cannot be expressed in words. This is, in my opinion, what a great audio system should sound like.

Of course, during the development of audio equipment, auditions are very different! I have to sit down and listen carefully to all those tangible qualities and get the basics right first. But at the very end of the development phase, I always listen to music with my heart, alone or with good audiophile friends.

KP: When I was a teenager I used to listen to rock and hard rock music a lot. This has now changed and being a jazz musician, I enjoy listening to jazz music a lot, particularly modern jazz. Chris Potter, Paul Motian, Nat Birchill and Charles Lloyd are some of my favourite modern jazz musicians. However, John Coltrane is the master of the saxophone, but it’s a shame that the quality of most of his recordings is mediocre. Besides jazz, I also listen to modern stuff like hip-hop, trip-hop and the like. To be honest, if the music is good and the audio equipment is right, I can listen to any kind of music with pleasure. Classical is not my favourite, but I do listen to classical music and opera from time to time, because there are qualities in this sort of music that helps you judge your audio system.

GD: Do you have a favourite band or music album that you could listen to very often?

KP: It’s difficult to say really because there are so many bands and albums that I like so much that it’s hard to pick up just one. John Coltrane definitely stands out, being not only a saxophone player but sort of a “teacher” to me, too. It’s even difficult to pick up just one of his albums, although I listen a lot to “A Love Supreme”. But it would be unfair to leave other bands out, or rule out genres other than jazz.

GD: Have you heard any music or seen any movie from Bollywood?

KP: If you are asking about movies then you are asking the wrong man! I’m not a big fan of movies; I rarely go to the movies or watch TV. However, I remember once I watched a movie only because I had listened to the soundtrack first and I liked it so much! I’ve heard about Bollywood only a couple of years ago and watched a few YouTube videos just to get an idea of what it is. What I see is a different culture and a different point of view, which is good since we are all bombarded by the American life style that Hollywood movies promote. Although I’m no expert, I think that diversity is missing from the movies. It’s good to see a different approach.

GD: Where do you get your music from and what formats do you listen to?

KP: Although it may sound weird to some, I still listen to CDs. Of course I have a huge collection of high resolution digital audio that I listen to frequently. I like to compare CD quality with various digital formats, but what I like about CDs is that I can have a look at the cover graphics, or read which musicians are playing. I think that the cover is part of the album’s concept and shouldn’t be ignored. It often includes photos, notes, or a message in general that the band wants to get through. It is a bit underestimated nowadays though.  I don’t have many vinyl records and the ones I have are from the teenage era, so I don’t play vinyl very often, but now with the development of the phono stage, I have begun to get updated!

KP: As you may have guessed my other hobby is playing music! Although the saxophone is my main instrument, I also play the piano, where I also compose my own songs. I also like to attend live concerts and do so as much as I can. Besides the fact that I really enjoy live concerts, it’s also important for me to be constantly in touch with the real sound, the sound that natural or electronic instruments make. Since no measuring instrument exists that can measure the quality of audio circuits, it is very important for me to have the real sound into my ears. Besides music, I love motorsports and used to go to the track with my motorbike, but now I have grown a bit old for that, plus my free time is very limited and I have made my choices.

KP: Valentino Rossi, 9 times MotoGP world champion, has been a great inspiration for me, especially his autobiography. Its title is “What if I had never tried it?” and what it really means to me is that you have to chase your dreams, you have to try hard and stay focused on what you want to achieve. With a bit (well…) of talent and will to succeed, nothing is unreachable. But never expect others to believe in you if you don’t believe in yourself first!

KP: My favourite quote comes from Albert Einstein who said “Everything should be made as simple as possible, but no simpler”. This is what I try to follow when designing audio equipment, but also in life. When I discovered this quote I realised that there isn’t anything that can describe my way of dealing with things better. In music, in electronics, in life, I like to keep things simple.

For more information on Black Pearls Audio please click on this – LINK.