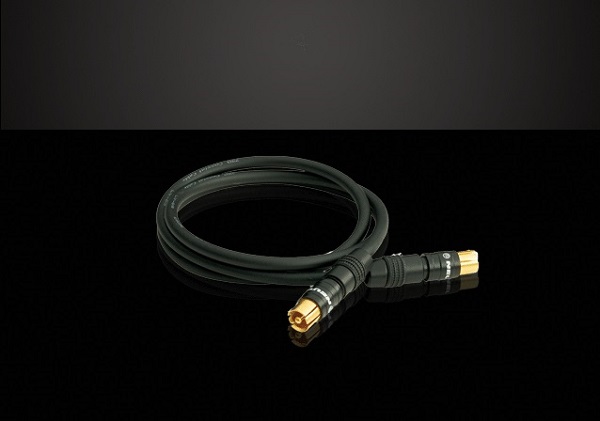 There is a controversy regarding the minimum length that needs to be maintained with S/PDIF cables for optimum performance. Many of you may have heard or read that it is beneficial to use at least a 1.5m length digital cable from your Transport to your DAC. There are actually technical reasons for this, but the requirement also depends on the behaviour of the signal from the S/PDIF digital output on your Transport. It turns-out that the jitter on the digital signal can increase if the cable is too short, and the increased jitter can cause the audio to have “halos” or be out of focus. This article was prepared by Steve Nugent of Empirical Audio and presented in PFO.

S/PDIF (or Sony/Philips Digital Interface) is a digital signalling standard specified at 75 ohms characteristic impedance and terminated on both ends. This means that the source driver (in the Transport) must have an output impedance of 75 ohms and the receiver (in the DAC) must have a parallel resistive termination of 75 ohms. If these terminations are both set to 75 ohms, then ideally the signal will propagate from the Transport to the DAC and no reflections will occur on the transmission-line that connects the Transport to the DAC, assuming that all components of the transmission-line are also 75 ohms. The transmission-line components (excluding the driver, receiver and terminations) include: the traces on the Transport circuit board that connect to the driver chip, the wiring to the output connector, the output connector jack and plug (BNC or RCA), the digital cable, the input connector jack and plug at the DAC input (BNC or RCA), the wiring to the circuit board and the traces on the DAC circuit board that connect to the receiver chip.

Any of these individual components may cause a reflection on the transmission line if they are not 75 ohms characteristic impedance. This is why it is insufficient to replace the RCA connectors with BNC’s without addressing the wiring and circuit-board traces that are not 75 ohms characteristic impedance. I have never seen impedance control on any Transport or DAC circuit board. Occasionally, the wiring from the circuit board to the connector is impedance-controlled, but this is the exception, not the rule.

Characteristic impedance is not something that is measurable with a volt-ohmmeter. It is an AC characteristic that is defined as: sqrt(L/C), where L is the inductance per unit length and the C is the capacitance per unit length of the transmission-line. If the transmission-line is properly matched and terminated, transmission of digital signals can take place over very long distances without reflections; only losses are a factor. Losses can also have an impact on jitter, and this is why some 75 ohm digital cables sound better than others, even in well-matched impedance-controlled systems—but that is another paper, so back to the question of digital cable length.

When the signal is launched into the transmission-line from the Transport, it is essentially a voltage square-wave, consisting of rising edges and falling edges. These edges are no more than transitions of voltage from about –250mV to +250mV, the rising edge transitioning from minus voltage to plus voltage and the falling edge transitioning from plus voltage to minus voltage. When an edge transitions, it can be described as having a rise-time or fall-time. This is the time it takes for the signal to transition from 10% to 90% of the entire voltage swing. The rise-time is important because this is what causes reflections on the transmission-line. If the rise-time were very, very slow, say 50 nanoseconds, then there would be no reflections on the transmission-line unless it was extremely long. Alternately, if the rise-time were less than 1 nanosecond, reflections would occur at every boundary, such as the connection from the circuit board to the wires that go to the connector.

Typical stock Transports have around 25 nanosecond rise-times. The primary concern for the manufacturer is to pass FCC regulations for emissions and electromagnetic interference, as well as making the interface reliable. When the regulatory testing is done, they attach very inexpensive, inferior cables and measure the emissions. To insure that the manufacturer passes these tests, they take a number of precautions. One is designing-in the slower than necessary 25 nanosecond rise-time. Another is the insertion of various filters in the Transport to eliminate high frequencies from the signal. As a result of these choices, there is a hazard created in using too short a digital cable. It is a result of the slow rise-time.

The slow rise-time has an advantage as well. Discontinuities in characteristic impedance, such as circuit board traces, funky wiring and RCA connectors will have less effect on the signal integrity or voltage “shape.” Because the transitions are slow, reflections are not as high in amplitude and therefore have less effect on the jitter. However, the penalty is paid at the receiver chip where the slow edge causes uncertainty of when the transition actually took place. Jitter is created by the receiver chip when it inaccurately senses the slow transition.

When a transition is launched into the transmission line, it takes a period of time to propagate or transit to the other end. This propagation time is somewhat slower than the speed of light, usually around 2 nanoseconds per foot, but can be longer depending on the dielectrics used in the digital cable. When the transition reaches the end of the transmission line (in the DAC), a reflection can occur that propagates back to the driver in the Transport. Small reflections can occur in even well matched systems. When the reflection reaches the driver, it can again be reflected back towards the DAC. This ping-pong effect can sustain itself for several bounces depending on the losses in the cable. It is not unusual to see 3-5 of these reflections before they finally decay away, particularly when using the best digital cables, which are usually low-loss.

The other obvious solution is to make the Transport S/PDIF driver faster. If the transition took only 10 nanoseconds to complete rather than 25, the reflection would arrive at 6 nanoseconds with a half-meter cable, and the reflection with a 1-meter cable would arrive after the transition had completed. Faster transitions also cause the receiver to switch more predictably, which reduces jitter even more. As mentioned above, stock component manufacturers are reluctant to provide these fast transition times because it may make them fail FCC tests, particularly with inexpensive “freebie” cables.

This is where the digital modder can make a huge difference. Speeding-up the transitions and maintaining a good impedance match is not something that novice DIYers can easily accomplish. It requires specialized tools and measurement techniques to insure that the impedance is properly matched. It is not simply a matter of soldering in 75 ohm Caddock resistors. These types of tweaks are best left to qualified modders. Once the impedance is accurately matched and the transition times decreased, the Transport will become less sensitive to different digital cables, shorter cables can be used with confidence and the result is cleaner audio with better focus, definition and clarity.

Steve Nugent is President of Empirical Audio and an engineer with numerous patents to his credit. For more information about Steve and his company please click on this – LINK.