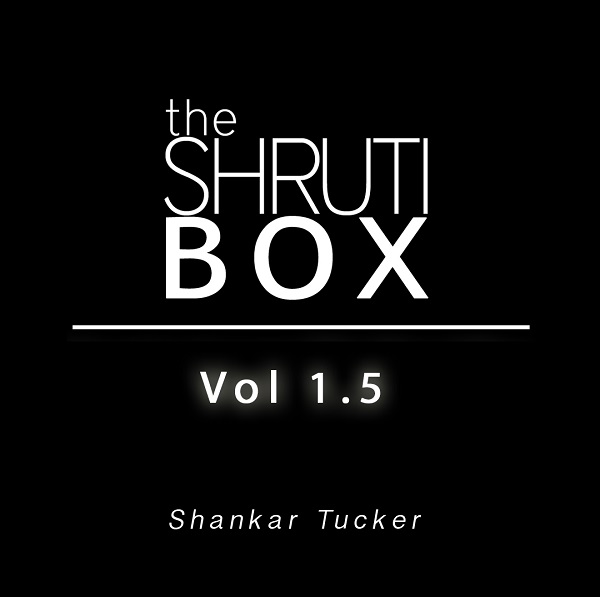 I’m a late entrant to Indian music. I started listening to Bollywood music during a trip to Vancouver, Canada, in 2008. As an audiophile, I’m always buying and collecting good quality original music wherever I go. Last year, while browsing YouTube, I came across the song – O Re Piya / Rolling In The Deep, a fusion of very popular Hindi and English songs. I’m not particularly fond of fusion but on this occasion, both the songs used in this recording were familiar to me. What caught my attention was the quality of recording involving Indian musical instruments.

A quick search online about The Shruti Box helped me know what the project was about and the man behind the project – Shankar Tucker. Shankar is an American Clarinetist and music composer who re-records very popular Indian songs and he also gives newbies a platform / opportunity to expose their musical talents to greater audience. The Shruti Box project was launched in 2011 and in just 02 years its YouTube videos have had more than 15 million views.

For me this was an opportunity to explore the sound of Indian instruments in high quality / fidelity. I contacted Shankar through his website, I asked him how I could buy and download FLACs (Free Lossless Audio Codecs) instead of MP3s. Shankar sent me the links to Bandcamp, an online music store, which helped me buy both his albums – The Shruti Box Vol. I and Vol. 1.5 in FLAC downloads. There were a total of 20 songs for USD 16 (equivalent of INR 960). FLACs give me the opportunity to enjoy lossless quality music, by enabling me to load them in my multimedia player, computer, laptop, iPhone (with the help of FLAC Player software) and portable media player. I could just connect any of these devices / sources to any of my current music playback systems and enjoy good fidelity music regardless of where I am. The Shruti Box Vol. 1.5 was a provisional name and it eventually ended up becoming – Vol. II.

The Shruti Box recordings clearly display great care and technique that is especially suited for an audiophile’s collection. I say this because most of Bollywood’s new releases, from 2012 onwards, have progressed a lot in terms of recording quality. These modern recordings offer great clarity, however, they are evidently a product of loudness war that also makes them sound less dynamic in very resolving music playback systems. I’m not implying that every modern Bollywood album is subject to loudness war, at least, the popular albums that I have tried in the last 02 years, do not have the sound quality that I seek and appreciate from artists such as Pink Floyd, Dire Straits, Fleetwood Mac etc., to name a few artists whose work / albums show great care and technique in recording and mastering processes.

I play The Shruti Box recordings, every time, I get new audio equipment to review at Audiopolitan. The music has grown on me over the last one year. I’m still not a fan of Indian classical music, I do skip some of the songs as they are not the music I enjoy, but the quality of the music, the separation and timbre of instruments, the fullness and texture of the vocals, the fusion and energy of the west-meets-east,  just keeps me engaged in an extremely analytical sort of way which only another audiophile will empathise with.

Munbe Va, Ashai Mugam and Nee Nenaindal, tamil songs, sung by the Iyer sisters – Vidya and Vandana, displays a control and precision very few singers can achieve. They sing in sync and breathe in rhythmic precision, so precise that they may appear to sound like one voice. Thankfully their vocal textures are different and the recording quality is really good enough to know that it’s a duet. O Re Piya / Rolling In The Deep and Caught In The Rain sung by Rohan Kymal has a touch of twang to his accent that is actually not too pleasing / desirable for Hindi songs, but the overall musical arrangement and presentation makes one enjoy the songs regardless. The rest of the songs highlight different Indian musical instruments and genres featuring various Indian singers.

I don’t really understand the meaning of most of the songs, but I do listen to The Shruti Box FLACs, not just for reviewing audio equipment but also for the pleasure of listening to the spectacular assortment of Indian musical instruments and vocal textures recorded so precisely. I finally found audiophile worthy recordings in Shankar Tucker – The Shruti Box FLACs, that showcases Indian musical instruments and talents in benchmark recording quality. This album is a must have for any audiophile seeking and collecting Indian music. The quality of the recordings is on par with the very best I’ve heard from the west. The passion behind this project is clearly audible! For more information on Shankar Tucker please click on this – LINK.