↓ Skip to Main Content
Home › Q & A › RMS Vs PMPO Power Rating: Which One Is Realistic?

RMS Vs PMPO Power Rating: Which One Is Realistic? 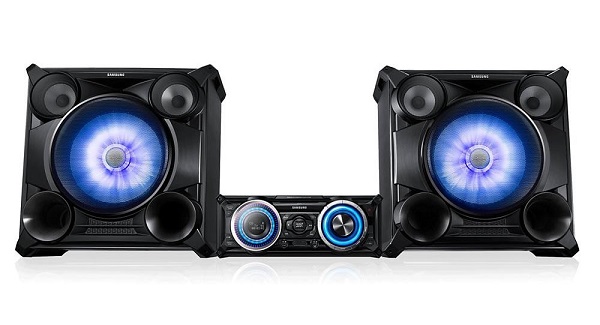 The “New” Year is here. The time is here to start off with a fresh new year, with new hopes and aspirations. Most importantly, this is the season of hot deals and discounts and attractive price tags. Indeed a great time for going about audio equipment upgrades or maiden purchases.

With audio equipment sales, the advertisements look uber cool, flashing a long chain of zeroes on the power output numeric. Such a huge wattage figure is good enough to trick one into buying poor audio gear. It would be great to understand why such 4 or 5 digit wattage figures are unrealistic and make no sense in the real world. Isn’t it better to make a wise and well-informed purchase decision at the start of a fabulous new year?

The key to knowing the truth lies in understanding what “Watt” means in the context of audio equipment and how it is measured. “Watt” is the unit for measuring the electrical power transferred from an audio amplifier to a loudspeaker.

Amplifiers and loudspeakers have their own limitations with respect to the amount of electrical energy that they can amplify and convert to sound energy without any audio signal distortion or damage. All amplifiers generate a lot of heat as a by-product, during the course of their operation. This heat, if generated too rapidly, can readily damage the system components. In loudspeakers, a big part of the energy delivered to them, gets converted to heat. If this heat exceeds a safe level, it may lead to speaker damage. The loudspeaker also has a mechanical excursion limit beyond which it should not be pushed.

‘Power’ is the mathematical product of RMS voltage and RMS current. There is no such thing as “RMS Power”. The RMS value of the power signal waveform would represent something totally different from the audio power value, which is not of much relevance to the listener. ‘RMS’ (Root Mean Squared) holds good only for voltage and current. In technical terms, the RMS value is considered to be the Direct Current (DC) equivalent of an Alternating Current (AC) which generates the same amount of heat in the load.

The RMS Power Rating is the maximum power that the amplifier can deliver continuously, without failure. Hence it is also called ‘Continuous Power’.

Anyone who has bought a pair of multimedia PC speakers or one of those “boom-boxes”, ever in their lives, will for sure be familiar with this term. The term ‘PMPO’ appears all over the packing case within shiny callout star stickers. It is also always accompanied by a gihugic wattage figure with a long string of ‘Zero’s. These are often those ‘mass-market’ systems which are advertised with taglines like “earth-shattering sound”, etc. Have a look at one of those cartons of computer speakers. You will see something like “600 Watts PMPO” printed on them.

PMPO stands for ‘Peak Music Power Output’. At times, advertisers misuse it as ‘Peak momentary Performance Output’ too. It is important to know that there is no standard which defines the term ‘PMPO’. PMPO can be regarded as the maximum power output of an amplifier within a very short interval of time. Since music by itself is very dynamic, there might be short and momentary peaks of very high amplitudes demanding an amplifier power output far higher than the average continuous output power. This power output figure is of great interest to the advertisers since it helps catch the attention of an average consumer. The ratio of PMPO to the continuous average power output of the amplifier is also not consistent. Due to such variation, no mathematical relation exists between them.

The PMPO value is too high that the amplifier can sustain such power output only for a very short period of time. Such prohibitive values of output power put a serious demand on the heat sink requirement. The excessive heat produced can easily damage the system components. If at all everything is taken care of, the loudspeakers can never handle such peaks for extended periods of time.

Preliminary knowledge of PMPO arouses our curiosity regarding the computation of its values. These are values resulting from really random and absurd mathematical calculations. Like, for example, the following formula will typically give you the PMPO rating of a system.

Where, ‘X’ is a multiplication factor whose value is randomly chosen depending on how inflated the manufacturer wants the PMPO rating to be.

The above logic might look very funny. Unfortunately that’s how things are with PMPO power ratings. It is perfectly fine, as long as you can take a glamourous number out of thin air. An alternative and equally absurd way of measuring PMPO would be to multiply the supply voltage value with the value of the instantaneous short circuit current from the amplifier. The resulting formula would look like:

Let us assume the system is powered by a 12 Volt power pack which is capable of delivering a current of 50 Amperes for a very short instant of time (a couple of microseconds). Then the PMPO would be

When an amplifier is driven into clipping, there is more power available. But, it must be noted that the harmonic distortion is very high in such cases. It is usually of the order of 10% whereas the maximum acceptable value of total harmonic distortion (THD) is just 0.1%. The peak power rating of surround sound receivers being taken at 10% THD would be a great example for this scenario. The power output of an amplifier is to be measured always without clipping.

If the whole of the above argument does not still seem convincing enough to ditch PMPO ratings, here is a simple scenario. Most of the multimedia speaker systems come with a power unit which provides 1 Ampere of current at 12 Volts DC, which means 12 Watts of power is available from the power unit. It is quite obvious that the audio power has to be pretty lower than this.

The RMS specification of audio power has been accepted as a standard for specifying the actual, real-world power output of audio amplifiers. Higher RMS figures promise much louder and cleaner sound. The RMS figure is not the only parameter which decides the sound quality of a system though. Let us not get fooled by fake inflated power ratings anymore.