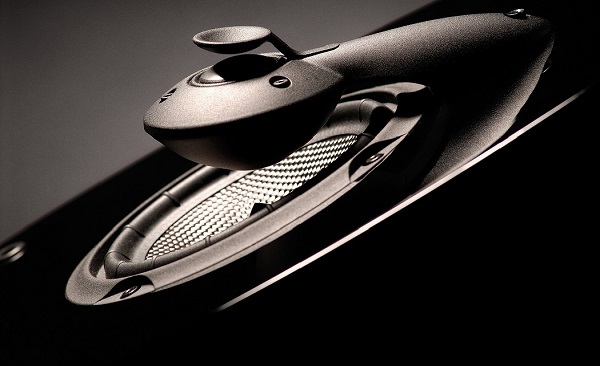 The Mirage brand, from Canada, has always been known throughout the audio industry as an innovator, continuously setting new standards in speaker design and performance. You’ll find that Mirage is the only company founded on the principle that sound should be omnidirectional and completely immersive, rather than directional and “forced”.

The exclusive Omnipolar technology distributes audio directly towards you, as well as reflects it off walls, ceilings and other surfaces. So, you get a completely immersive experience that permeates evenly throughout your listening environment. And your room is no longer a room—it’s a jazz club, film house, amphitheatre or any place else your music and movies take you. Once you are in the Mirage sound, you’ll never want to leave!

The Science Behind the Mirage Sound

When it comes to speakers, the Mirage name is synonymous with immersive, 360° sound experiences. While traditional speakers focus on direct sound dispersion, the Omnipolar products capture the impact of reflective sound.

When sound is created in real life—by a musical instrument for example—sound waves radiate in a 360° spherical pattern throughout the room. A large percentage of the sound is reflected by room boundaries before it reaches the listener. These reflected sound waves create rich and spacious sound that makes live performances unique and memorable.

Keeping this in mind, Mirage’s top-notch engineers redefined what was thought possible in a speaker with the introduction of the Omniguide. Through use of this patented module (patent number #6,996,243), Mirage speakers are able to deliver 360° of sound just as nature intended.

The Omniguide module is a simple, ingenious design that distributes sound directly towards the listener, as well as reflects it off walls, ceilings and other surfaces, making the entire room the sweet spot. In other words, wherever you sit in the room, you?ll hear the same enveloping experiences.

Omnipolar Sound
The Omnipolar approach to speaker design brings unprecedented performance to a variety of product sizes and room positions. This 360° sound philosophy works with your room, rather than against it, to create the proper proportion of direct and reflected sound. Being Omnipolar means Mirage speakers embrace and optimize reflections; offer excellent imaging, width and depth; and perform optimally regardless of where they are placed in a room. In other words, they take full advantage of the fact they cannot be separated from your room. You get a completely immersive experience that permeates evenly throughout your entire listening environment.

Omniguide Technology
The patented Omniguide module (patent #6,996,243), also the heart of Omnipolar sound, is an ingenious design that involves two deflectors. While one small deflector rests on top of the speaker’s tweeter, the tweeter itself is housed in a larger deflector, suspended over the midrange or woofer, depending on the design. The module disperses sound the way the ear and brain are accustomed to receiving it. Thirty percent of what Mirage speakers deliver is direct sound. The other seventy percent is sound reflected off walls, ceilings, floors and other surfaces for a completely immersive, 360° experience. So, no matter where you sit, the enveloping sound follows.

Ribbed Elliptical Surround Technology
The patented Ribbed Elliptical Surround technology (U.S. patent #6,725,967, Canadian patent #2,407,123) increases excursion, eliminates distortion and raises efficiency on Mirage woofers and subwoofers. The Elliptical Surround encompasses the cone, allowing it to move identically in both directions, resulting in near zero distortion. And while conventional designs are often plagued with surround dimpling, which causes them to radiate in and out of phase and distort at all listening levels, Mirage designs aren’t influenced by dimpling at all. The proprietary Ribbed Elliptical Surrounds allow for a larger cone surface, resulting in greater efficiency. This design also lets the cone achieve greater peak to peak movement, thus allowing it to travel more than double the distance of the competition. These attributes enable Mirage woofers and subwoofers to move incredible amounts of air, ultimately allowing them to play lower frequencies with greater bass extension and fidelity.

The Mirage brand has always been known throughout the audio industry as an innovator, continuously setting new standards in speaker design and performance. You’ll find that Mirage is the only company founded on the principle that sound should be omnidirectional and completely immersive, rather than directional and “forced.”

1972
Ian Paisley, who eventually becomes the vice president of engineering for Mirage, designs a speaker that measures 30Hz to 20kHz +/- ¼ db on axis, possibly the world’s flattest frequency response ever. Listening tests, however, reveal that the speaker’s performance was perceived as disappointing. Thus, more time was needed researching how people listen and interpret sound waves from a speaker.

1977
The Mirage legacy begins in Canada, when a small group of devout audiophiles make it their mission to develop a speaker that delivers a soundstage so natural, audiences forget they are listening to a product, rather than a live event.

1978
Mirage forms an alliance with the Canadian National Research Council (NRC) to study speaker acoustics and how it influences personal preferences.

1983
Ian Paisley takes his research further, testing speakers with rear transducers that operate in-phase with traditional front-mounted drivers. In double-blind listening tests, these prototype speakers achieve the NRC’s highest test scores ever in a study—96 out of 100.

1987
Mirage achieves a major breakthrough with its launch of the world’s first bipolar speaker, the M-1, at the Consumer Electronics Show in Chicago. It was a product that delivered amazing output and approached a 360° sound field, evenly diffusing smooth audio performance all around the room.

1989
Absolute Sound magazine ranks the Mirage M-1 “the speaker of the decade” in the United States.

1991
Mirage sets a new benchmark for low distortion with the development of the world?s first pure titanium hybrid tweeter, featuring a titanium dome with cloth surround.

1993
The Mirage research and development team designs the twin-driver BPSS-210 Servo-Subwoofer, reducing low frequency distortion to less than 1 percent at 20Hz. A patented Phantom/Real is introduced on the LFX-3 Crossover, allowing perfect center channel and subwoofer blending in any high-end, multi-channel speaker system.

1996
Mirage advances its bi-polar designs with the introduction of the OM-6 speaker and its Omnipolar technology. The OM-6 is the first speaker with the same direct-to-reflected sound ratio as a live event.

2002
While traditional speakers were focusing on direct sound dispersion, Mirage?s chief designer, Andrew Welker, improves the brand?s Omnipolar 360° sound philosophy with the introduction of the patented Omniguide module. This ingenious design made it possible for Mirage speakers to disperse sound the way the ear and brain are accustomed to receiving it—30 percent direct sound delivery and 70 percent sound reflection. The Omniguide finds its first application in the Omnisat satellite speaker system.

2004
Mirage introduces the Nanosat speaker at the Consumer Electronics Show in Las Vegas. At the time, it was considered the world’s smallest Omnipolar speaker, and eventually became the brand’s best-selling product in history. Also, Mirage engineers develop the brand’s revolutionary Ribbed Elliptical Surround technology, a design responsible for increasing excursion, eliminating distortion and raising efficiency in subwoofers. The Omni Series subwoofers are the first to implement this technology.

2005
Mirage debuts its Uni-Theater speaker at the Consumer Electronics Show in Las Vegas. This revolutionary home theater solution put three channels of sound—left, center and right—into one horizontal cabinet. The CES committee thought so highly of the speaker, it was voted one of the trade show’s most innovative audio products.

2008
The Mirage brand introduces an all-new logo design, reaching out to those unfamiliar with the brand, while also creating enthusiasm and revitalization for those already in the know. Just in time for the fall selling season, the brand launches its MX home theater system, which happens to be the smallest Mirage product to date, a new generation of its sleek and slim Omnisat Series, called OS³, and two mini subwoofers, the MM-8 and MM-6.

Klipsch Group, Inc., the parent company of Klipsch Audio Technologies, also owns the Danish loudspeaker firm Jamo, and in 2006 acquired the brands of Mirage, Athena and Energy speakers from Audio Products International (API) of Canada. In 2001 it acquired the company Mondial Designs, manufacturers of electronics under the Aragon and Acurus brand names, but subsequently discontinued those product lines. For more information on Mirage Speakers please click on this – LINK.