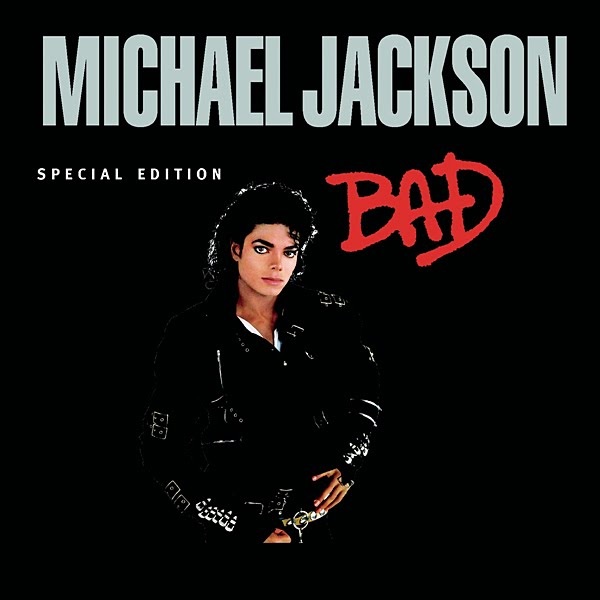 Bad is the seventh studio album by American recording artist Michael Jackson (MJ). The album was released on August 31, 1987 by Epic Records, nearly five years after Jackson’s previous studio album, Thriller, which went on to become the world’s best-selling album. Bad itself has sold around 30 million copies worldwide, shipped 9 million units in the United States alone, and has been cited as the 11th best-selling album of all time. The album produced five Hot 100 number ones, the first album to do so. Similar to Jackson’s previous music material, the album’s music features elements of R&B, pop and rock.

Bad was recorded during the first half of 1987. The lyrical themes on the record relate to paranoia, romance and self-improvement. Bad is widely regarded as having cemented Jackson’s status as one of the most successful artists of the 1980s, as well as enhancing his solo career and being one of the best musical projects of his career. Nine of the eleven songs on Bad were released as singles; one was a promotional single and another was released outside of the United States and Canada. Five of the singles hit number one in the United States, while a sixth charted within the top-ten, and a seventh charted within the top-twenty on the Hot 100. The single that was released outside of the United States and Canada was commercially successful, charting within the top ten and top twenty in multiple territories. Bad peaked at number one in seven countries, as well as charting within the top twenty in other territories. The only song on the album which wasn’t released as a single nor had a music video for was “Just Good Friends”.

Bad saw Jackson exercise even more artistic freedom than he did with his two previous Epic releases (Off the Wall and Thriller). On Bad, Jackson composed nine of the album’s eleven tracks and received co-producer credit for the entire album. The album continued Jackson’s commercial success in the late 1980s and garnered six Grammy Award nominations, winning two. Aside from commercial success the album also received critical acclaim from contemporary critics. Bad was ranked number 43 in the 100 Greatest Albums of All Time of the MTV Generation in 2009 by VH1 and number 202 in Rolling Stone magazine’s 500 Greatest Albums of All Time. The album marked the final collaboration between Jackson and producer Quincy Jones. In addition, Jackson scored five number ones from Bad, making him the first artist in the chart’s history to amass five number-one singles from one album.

This review is for Michael Jackson – BAD Special Edition CD released in 2001.

A well mastered special edition CD. Good sound quality for a 1987 recording. Sony has managed to get the sound quality right with MJ’s CDs but failed to get the same impact with his DVDs. I ordered this CD from Amazon for USD 10 (equivalent of INR 550) in Dec 2008 & got it delivered, a month later, to Mumbai.

I was in Chennai & barely 10 when I first heard this album – ‘Bad‘, back in 1988. The music instantly grabbed my attention. I was spell bound, the music really stood out from all the other kinds of slow & dull music that was popular at that time. To my young ears it was amazing. I did not get hold of this album until May 1992. I borrowed it from my neighbour & recorded it. I played the recorded cassette tape on a Bush 2-in-1 system, (Remember those boom box days?) almost every day, till the tape actually wore out.

In 1993 we shifted to Mumbai & I had the opportunity to explore MJ’s other albums & videos. Made some great friends with common interest in MJ’s music – Sanjeev, Hardy, Nevin…….to name a few. Motown 25: Yesterday, Today, Forever records one of the best shows ever in human history. It’s the one in which MJ first moonwalked on stage while singing Billie Jean. A pioneer in crazy dance, songs & videos. Always in the news & at times for doing weird stuff. MTV & MJ had a very symbiotic relationship, they pushed each other to great heights that will never happen again. He was the greatest entertainer of our time. Period. Today marks a great loss in the history of music. There will never be another MJ. He is history.

I’m now into hi-fi systems tweaking & stuff. I think, I would not have gotten so far into audiophilia, as a hobby, if it was not for this gem of an album. Truly a turning point. In fact, I like ‘Bad’ better than MJ’s other albums.

I don’t want to hear Quincy Jones’ commentary / interview in between the last few songs of the CD. That’s what this limited edition MJ’s ‘Bad’ CD does & it’s very annoying.

Today marks MJ’s 04th death anniversary. As I reflect back on his unparalleled influence on music and impact on entertainment history, I could not think of anything better than revisiting the very first post that I ever wrote on Jun25, 2009. Four years have passed since I wrote the above post for an international electronic commerce website, as a tribute to the ‘King of Pop’. Since then, I’ve grown so much as a person, as an audiophile, as a writer and now, I even have my own tech blog – Audiopolitan. I’m reposting the above post, on my blog, without alteration or improving any part of it, purely as a reference point for me, for retrospection as time goes by.

By the way, just before publishing this post, I checked Google again today and the web statistics, after 04 years, goes like this: MJ has close to 650 million articles, Jesus Christ has close to 90 million articles and The Beatles have 150 million posts showing up in the search results. So it’s true – ‘The whole world steps aside for the man who knows where he is moon walking’. Lol. I’m not implying anything. Long live the King (of Pop)!