audiopolitanPosted on Posted in Interviews 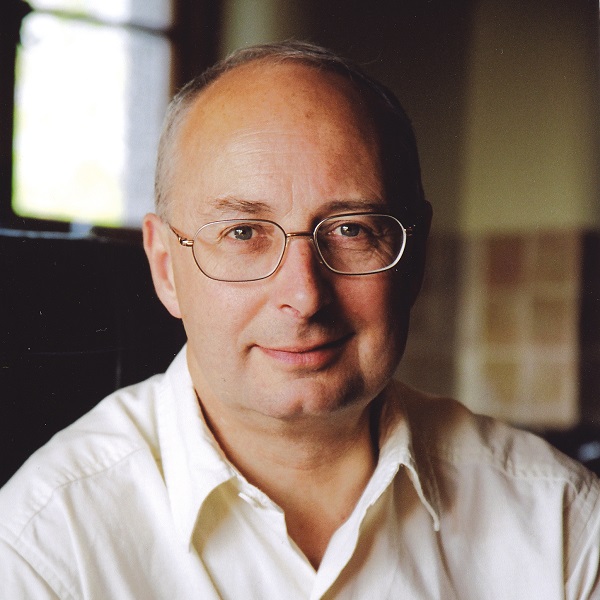 Russ Andrews is the man behind Russ Andrews Accessories Ltd., UK. The company was founded in 1986 and sells the Kimber Kable range of interconnects and speaker cables, and designs and markets its own range of AC Power products and Torlyte equipment supports.

Much of Russ’s experience in the Hi-Fi industry has been spent in fundamental research and development work and has given him an unmatched appreciation of how a Hi-Fi system works as a whole within its environment. Russ pioneered research into the effect of AC power on Hi-Fi systems and today is regarded as one of the world’s experts in this field.

RA: Music means everything to me!

GD: How did you come up with the idea of Russ Andrews Accessories?

RA: It was a long path! I was first ‘switched on’ to better sound at the tender age of 14 when I heard a friend’s father’s home-built Hi-Fi system. Already a music lover – I sang in both the church and school choirs and had been exposed to jazz and swing at home by my father who played piano accordion in a dance band before the war. I vividly remember the impact of this first exposure to Hi-Fi; the sound made my spine tingle and I knew this was something I just had to have. 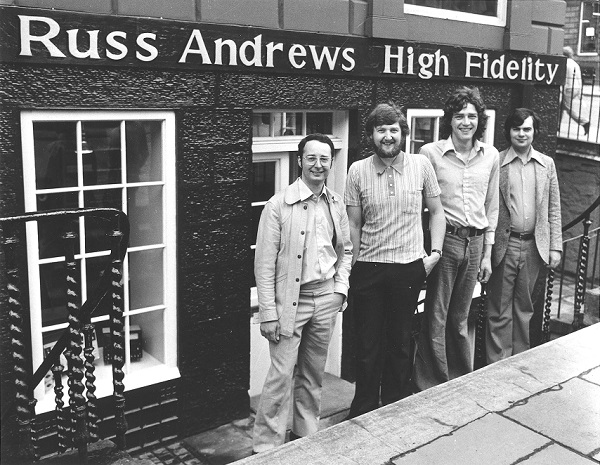 After leaving school, I gradually built my own system using a valve amplifier kit and speaker kit. I eventually became a Hi-Fi dealer in Edinburgh, Scotland in the early 1970s, selling, amongst other things, the Linn Sondek LP12 turntable. Ivor Tiefenbrun of Linn introduced me to Julian Vereker of Naim Audio and I thought that his power amps, which he’d been selling into the pro-audio industry, were better than anything else I’d heard and I became the first retailer to sell them for use in domestic Hi-Fi systems.  I left retailing later in the 1970s to become a freelance research and development consultant, working with QED on cable design, and with equipment manufacturers such as Nytech, ARC and Meridian.

In the early 1970s I put together what was regarded as the system of the day – a Thorens TD124 turntable, Quad 33 and 303 amps and Spendor BC1 loudspeakers – only to discover that it failed to deliver the sound I was after. It set me off on a journey to discover ways in which I could improve it so that it communicated the ‘music’ I’d heard in recordings. I discovered through my R&D just how important the ‘infrastructure’ (cables, supports and accessories) was in enabling a system to deliver a truly enjoyable sound, and I had discovered and pioneered the importance of AC power quality. In improving the performance of my own system, I realised that I had amassed a whole range of components – my own design of power filters and Torlyte equipment supports, and I had discovered what I still think is the most musical sounding cable: Kimber Kable. I set up Russ Andrews Accessories in 1986 to market and sell my cables and accessories to allow others to upgrade their Hi-Fi systems and enjoy the same musical upgrades I had made to my system. 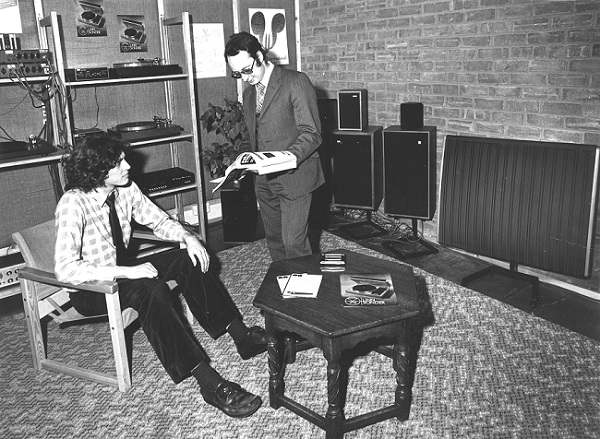 GD: What more do you plan to develop with Russ Andrews Accessories?

RA: I am still very involved with R&D and our customers see the fruits of this in the new products we introduce and the continued improvements we make to our existing range.

Much of my early R&D work was in the area of component quality.  This led me to discover the best-sounding capacitors, resistors, inductors, volume controls, internal wire and so on, and just how much of an effect these components have on sound quality.  In the 1990s we offered a successful upgrade service where customers could send us their equipment for upgrade; we used our knowledge to improve key components to improve sound quality in a very cost-effective way. We are being asked more and more for this service again and we’re going to re-introduce it.

GD: What has been Russ Andrews Accessories’ best-selling product?

RA: That’s an easy one to answer… it’s our range of PowerKord power cables. I mentioned that I thought Kimber Kable was the most musical-sounding cable I had heard; in the late 1980s I worked with Ray Kimber of Kimber Kable to develop a mains cable using the distinctive braided wire geometry that is a feature of his cables. We have improved our PowerKords over the years, most recently with a better grounding wire and sleeving, but they still feature that proven, woven cable design. We were the first to offer a dedicated, Hi-Fi power cable, and we’ve sold over 55,000 of them.

When I started out, questioning AC power quality was considered heretical, but now almost all cable manufacturers now include a power cable in their offering. Our PowerKords are still winning awards – Hi-Fi World magazine in the UK have just called awarded them their top award – ‘Outstanding – amongst the best’. 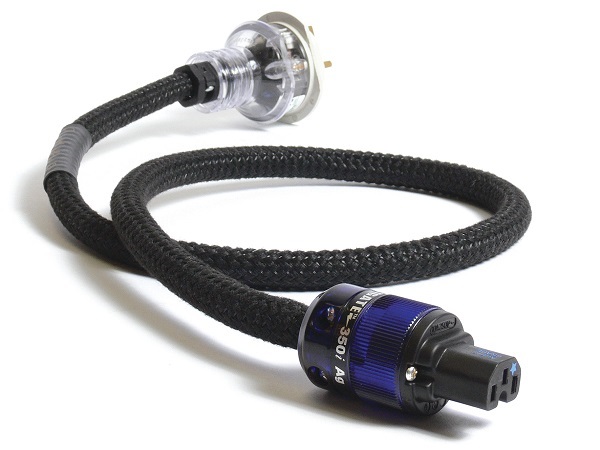 GD: Could you name some of Russ Andrews Accessories’ biggest customers?

RA: Our customers are like me – music lovers who are keen to get the very best sound quality from their Hi-Fi systems. Many tell me that our approach to upgrading a system’s infrastructure is the only one which has allowed their systems to delivery truly enjoyable music!

Whilst most of our customers are domestic Hi-Fi enthusiasts, we also work with a number of recording studios. The most prestigious is Astoria, in London, England which is owned by David Gilmour of Pink Floyd. That particular studio, which is noted for its sound quality, is unusual in that it is housed on a boat moored on the river Thames; we have done a lot of work improving the AC supply, the signal cabling and employing our Torlyte equipment racks and supports to great effect. 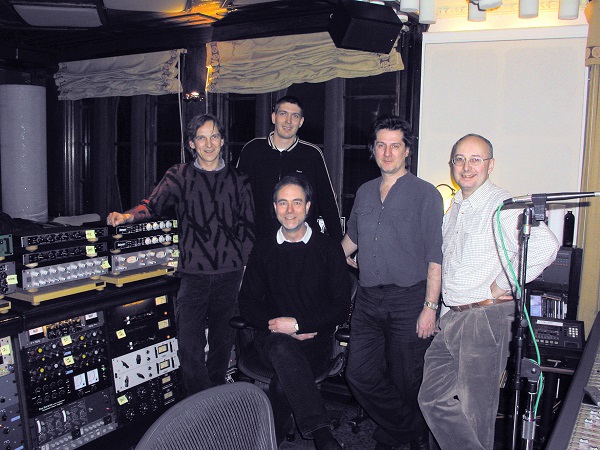 Russ (Far Right) At The Astoria

RA: The system I listen to music on at home is one of my own design. It consists of a heavily-modified Meridian 808.2i CD player, a 1980s SOTA Star Sapphire turntable, and my own design of active preamp and four of my power amps (two monoblocks and two stereo power amps) to drive the speakers. The speakers – Russ Andrews Olson II – are my own design. It’s all connected together with Kimber Kable, of course; the mains cables are Russ Andrews SuperKords and my Torlyte equipment racks provide the support.

The system is first and foremost a system for playing music but I’ve integrated an Oppo Blu-ray Disc player (heavily modified, of course) for movie playback into a Panasonic plasma TV or Sony projector and screen. 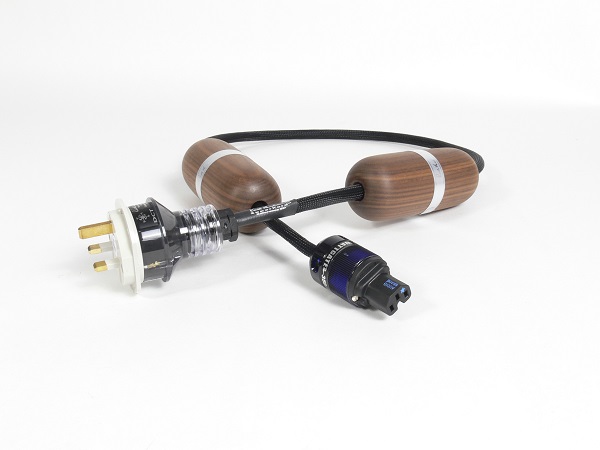 GD: Do you think cables, accessories and tweaks make any difference in a music system?

RA: Our mains cables and filters, Kimber Kable and Torlyte equipment supports transform a system from one that creates a sound into one that delivers a real musical performance. I have my own version of ‘the 10% rule’ that some Hi-Fi magazines suggest (where they say you should spend roughly 10% of your budget on the cables). My 10% rule is that you should spend 10% of your budget on the electronics and 90% on the infrastructure to get the very best out of it! OK, I may be exaggerating a little, but not by as much as you might think.

GD: What formats to you listen to?

RA: I listen to vinyl and CD.

GD: What do you think about free downloads and piracy?

RA: You get what you pay for. The only buried treasure is in pre-owned vinyl fairs and stores.

GD: Who has been you greatest inspiration and why?

RA: Richard Feynman. He said “if you can’t explain something on one side of a sheet of paper so that your grandmother can understand it – you don’t really understand it yourself.” 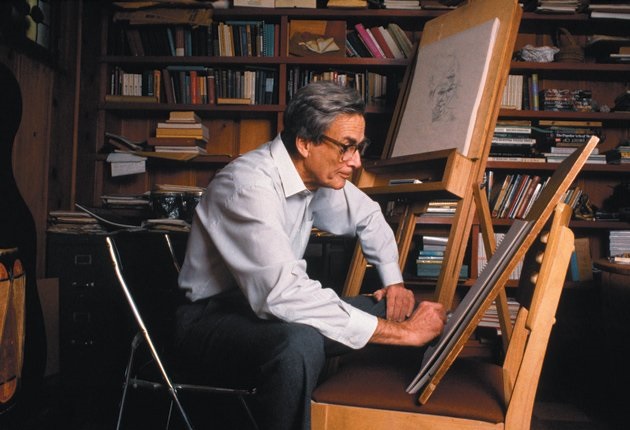 RA: From my father: “Tighten it till it breaks, then back it off a quarter turn.” It has served me well all my life, so far.