↓ Skip to Main Content
Home › Q & A › Impedance Ratings: What do they mean?

Impedance Ratings: What do they mean? 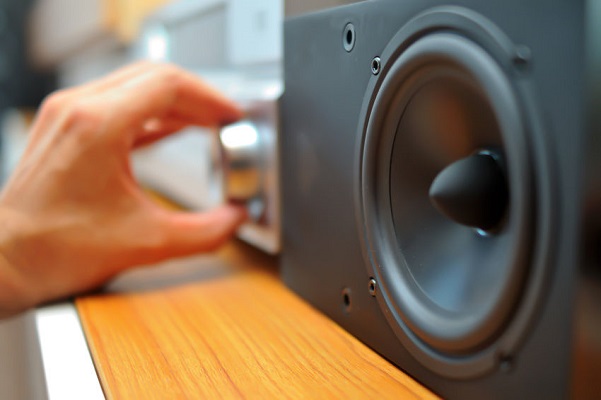 The previous article “RMS vs PMPO Power Rating: Which one is realistic?” shed some light on amplifier power ratings and the truth behind them. Going with the same flow of enabling the audiophile reader with wisely putting together a great sounding system or buying a great pair of headphones, here is an article dedicated to the “Impedance Ratings” specified on almost all high fidelity audio gear. Let us explore what these ratings mean and what they signify in the real world and most importantly, get our understanding about them right.

It is a sine qua non to understand impedance from a technical standpoint, for the later portions of this article to make sense. The not-so-tech-savvy audiophile need not panic about reading the following explanation in this article. There has absolutely been no intention of making this article an electrical engineering class hand-out.

Now that we got our basics right (hopefully), it’s time to know how ‘Resistance’ differs from ‘Impedance’ or if they are both the same. No. They are indeed not the same. ‘Resistance’(R) is defined with respect to Direct Current (DC) and DC Voltage. Whereas, ‘Impedance’ (denoted by the letter ‘Z’) is defined with respect to Alternating Current (AC) and AC voltage in circuits, where the current and voltage have constantly varying amplitudes and changing directions (positive to negative and again back to positive and so on). In the latter scenario, the ‘inductance’ and the ‘capacitance’ also play a role in impeding the flow of current through the conductor in addition to the conductor’s resistance. Hence, ‘Impedance’ is the net opposition offered to electrical current due to all the three parameters. The relationship of inductance and capacitance to impedance is however beyond the scope of this article.

Due to the above mentioned relationship, impedance varies with frequency. Since music/audio is all about random yet sweet-sounding, frequency variations, loudspeaker impedances go through serious variations which are often nightmarish to amplifiers and amplifier designers.

Most loudspeakers in typical HiFi setups have nominal impedances quoted as 4, 8, 15 or 16 ohms. Noticed the word ‘nominal’? That means the impedance values are not fixed or constant throughout the audio spectrum. These are values measured at a particular frequency with a constant frequency signal source. Loudspeakers with higher impedances mentioned above are typically for use with valve amplifiers. Loudspeakers are complex systems and the ones coupled with passive crossovers are a challenge for the amplifiers.

Care should be taken while matching amplifiers to loudspeakers that the output impedance of the amplifier and the input impedance of the loudspeakers match as accurately as possible, to ensure maximum power gets transferred. If a speaker with impedance lower than that of the amplifier is connected to the amplifier, it might load the amplifier down by drawing more current. This will eventually lead to over-heating and a possible failure. For amplifiers with a protection circuitry in place, the system might get automatically shut down in such scenarios. But it has been widely observed that such protection circuits add to a lot of distortion and that there is a significant reduction in the musical performance.

Great caution must be taken while using valve amplifiers. Never should they be run without a loudspeaker connected, since they can get damaged readily. This does not apply to solid state amplifiers though.

Unlike consumer speakers, whose impedance ratings range within 4 to 16 Ohms, the headphones have a very wide impedance range. It is typically in the range of 16 Ohms to 600 Ohms. As a result, it is pretty daunting and challenging to pick a pair of headphones with just the right impedance value which can be a perfect fit for the audio sources we have. There are a lot of compatibility issues here.

When dealing with headphones, there is yet another equally important parameter to be considered i.e. the ‘Sensitivity’ (efficiency). For headphones, sensitivity is usually expressed in units of ‘dB/mW’. What to decipher from it? In simple terms, ‘sensitivity’ specifies how loud the headphones will play for a given power or voltage level.

Let’s list down a few guidelines for making the task of choosing the ‘right’ pair of headphones a breeze:

The task of matching impedances might look dirty and daunting. But the effort really pays off in the end in terms of the boost in audio quality and performance. One of the key advantages, an active speaker system offers, in this regard is worth mentioning. The end consumer is free from all the hassles of matching loudspeakers with amplifiers. All the dirty work will have already been handled and properly tested by an expert engineer during the manufacturing process.