HiFi Music Streaming: What Is It All About? – Part 1 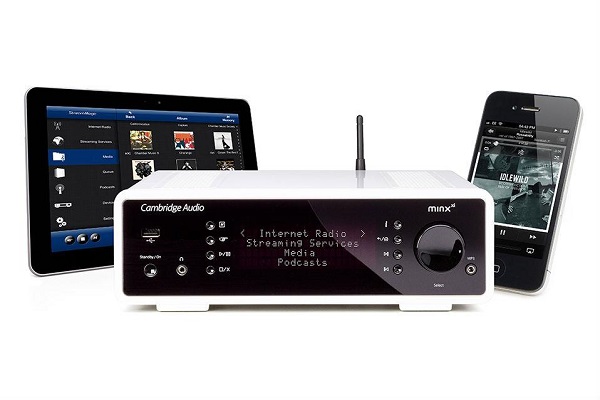 The title might be a little misleading as it may give the reader an impression of the various online music streaming services, whereas, in fact, this article is nothing about them. This article is all about setting up music streaming in your homes where you shall stream music from your personal digital music collection to different music systems or different rooms (“zones”, as they may be called ‘technically’). This topic is going to be a long ride for you, readers. The intent of this blog is to equip the audiophile in you to go the extra mile to come out with an incredibly great and convenient music listening experience by way of putting together a great music streaming setup at your homes. This article is being broken down into 3 parts, to be able to cover as much information as possible. This article is the first part in the 3-part series on music streaming which aims at giving you a brief overview of the technology and the protocols involved.

For those of you, old-school audiophiles, who have some great sounding vintage audio equipment sitting majestically in their living rooms and are sceptical about the music streaming option; vintage is indeed super cool and classy, but, a decent streaming setup is nevertheless a super-hot add-on to your existing setup which can cater to all your digital music needs.

Read on to know more about the ‘what’s, ‘why’s and the ‘how’s of hifi music streaming.

Streaming, in simple terms, is the technique of sending packets of digital data over a network (either the internet or the Local Area Network) from one location/device (typically called the ‘server’) to another (the ‘client’), where the client device renders/plays the digital data back in real time, without waiting for the entire file to get downloaded. Music, video as well as pictures can be streamed. In this article, the kind of streaming being referred to is the one which happens within the residential local area network (in simple terms, the ‘home’ network).

There are a set of standards and protocols which define the network and device architectures to achieve streaming capabilities. This article focuses mostly on music streaming. UPnP, DAAP (“Digital Audio Access Protocol” from Apple) and Ravenna are a few of the protocols over which network based audio can be delivered. ‘UPnP’ is the most common and the most popular network audio protocol in use today. It owes its popularity to its extreme simplicity that the end users enjoy while being equally expansive and providing a lot of options/features for the product manufacturer to play with.

‘UPnP’ expands to Universal Plug and Play. UPnP is a set of network protocols or rules which enables different hardware devices and software applications, even from different vendors, to seamlessly communicate with one another, without any end user configuration. A UPnP device, when physically connected to a network joins the network by obtaining an IP address and advertising itself and its capabilities to other UPnP devices on the same network, on request. The UPnP architecture is said to support zero configuration networking. It is an open architecture protocol based on standards like the Internet Protocol Suite (TCP/IP), XML, HTTP and SOAP. It is primarily intended for residential networks. The technology is promoted by the UPnP Forum, which consists of over eight hundred vendors from different sectors ranging from consumer electronics to network computing.

The technical terms above might overwhelm you. Things are far simpler than you think, with UPnP for the end user. So you may chill!

The UPnP AV architecture specifies three types of devices, for audio playback, the Media Server, the Media Renderer and the Control Point. Each of them has its own services and capabilities. Getting acquainted with these three devices will help you understand your in-home audio streaming setup better.

The Control Point never comes in the data flow path between the Server and the Renderer. It just directs the server as to which file is to be played on which renderer and directs the renderer to expect data from a particular server and then finally stays out of the loop.

UPnP audio/video has been there around since many years. But it was mostly in the mass market products like TVs, disc players and gaming consoles. Its entry into the HiFi market was when the UK based HiFi manufacturer Linn released the Klimax DS network player in 2007. The HiFi marketplace was sceptical about the new product and its usability was rated poorly. Over time, many more HiFi manufacturers joined the network audio course. Few of the notable ones, worth mentioning, would be Audio Research, Naim, dCS and T+A. Ethernet is the choice of interface in most of these devices.

With the advent of the digital revolution in music, as we see today, network based audio is an undeniable choice for a great musical experience, for every audiophile. Computers, tablets and smart phones are the music sources of today. Hence there is a need to get the best out of them and network based audio is one of the best and the most convenient options available out there.

This article has been an attempt to share some insight into music streaming with the rookie computer audiophile. The forthcoming parts of this article will follow a rather more DIY (Do-It-Yourself) approach to music streaming where we shall discuss about the choice of hardware devices and software applications to set up a decent network audio system. Until then, so long!