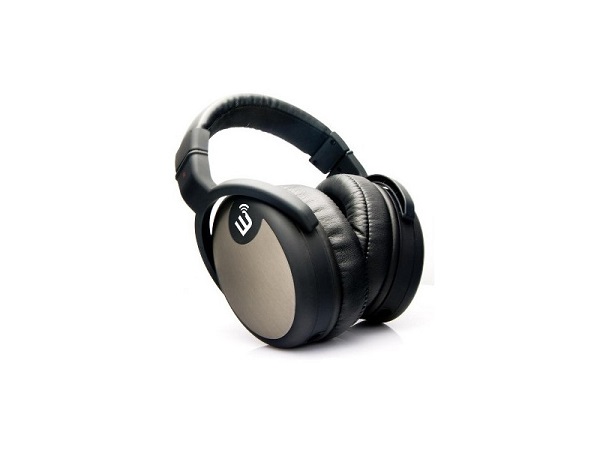 Brainwavz is a Chinese brand of earphones. They established in 2008 and are based in Hong Kong. They are mostly known for their high performance IEMs and headphones that are made available at an affordable cost compared to competition. In late 2011, Brainwavz released a studio monitor headphones called the HM5. The HM5 is a well-reviewed budget studio headphone that currently listed for USD 149 (equivalent of INR 9.0K), placing it within mid-priced headphones. The street price could actually vary depending on where they are being bought from.

The Brainwavz HM5 comes well packed in a maroon thick paper box. The packing includes a protective headphone case that also includes all the accessories that may be used with the headphone. The HM5 actually looks more attractive than what it appears to be in photographs. The hard plastic used has a black rubberised coating akin to the same attractive finish found on the AudioQuest DragonFly V1.2 DAC/Amp.

I gave the HM5 a good 50 hours of burn-in before I started listening to them. From the very first listen, they come across as a headphone with great detail and transparency—the studio pedigree is obvious. The HM5 has a sensitivity rating of 105dB @ 1 mW which makes them a highly efficient and easy to drive pair of headphones. I put them through half-a-dozen budget DACs, that I had at hand, and each time, they impressed me with details that I never thought these budget DACs were capable of producing. At least, the previous over-ear headphones that I have tried never showed these DACs in better light/sound. For the most part, I paired the Brainwavz HM5 headphones with the AudioQuest DragonFly V1.2 DAC/Amp.

I have had these headphones for over 02 months before I started working on this review. I played a variety of FLACs that is saved in my Dell Vostro computer that includes 16bit/48kHz that I have actually ripped from my collection of CDs and 24Bit/96kHz FLACs that I have downloaded directly from the service provider. I actually spent time playing a lot of different music from Adele to Yanni and everything between. Each time, I felt I was listening to these albums with a new perspective and insight. The HM5 has this rare quality of being very detailed and yet does not come across as clinical.

One of my recently purchased and downloaded album is Bare Wood by Ottmar Liebert in 24Bit/96kHz. Bare Wood is a compilation of Liebert’s pieces created between 2002 and 2012. For this album, Liebert deleted all electric or electronic instruments from the original recordings and removed anything that was not Flamenco guitar or Cajon. New upright acoustic bass tracks was added to every piece—what emerged was the essence, the soul, the bare wood of the music. At about 30% volume on the DragonFly V1.2, the HM5 gets comfortably loud for me and it completely allows me to immerse into the performance. The attack and decay of the guitar in this album is as lively as I have ever heard with this album. I could hear/feel the strings resonating, the deep tone of the wood used and the artist breathing in the black background. From the leading edge of the guitar notes to the low frequencies of the bass guitar, the cohesiveness of the presentation is impressive with good spectral balance.

With most of the other well mastered music, the DragonFly V1.2 paired with the HM5 displayed a fine balance of texture, timbre, timing, separation and placement of instruments/musicians. Both components complement each other very well and they are also very versatile together.

I took the opportunity to compare the Brainwavz HM5 with a few headphones that were available at hand. The Fostex T50RP is an old school semi-open orthodynamic headphones that is notorious for rolling off frequencies on both extremes. The Sennheiser HD650 on the other hand is a dynamic open-back headphones that has a wide frequency extension and is a benchmark for many audiophiles. The T50RP has this amazing ability to pick-up micro details that the HD650 simply smoothens out. The HM5 manages to bridge that gap—it has this ability to offer good micro details with a wide frequency extension without compromising on neutrality. The HM5 spec sheet shows a frequency range of 10Hz – 26.5Hz.

The HM5 has this neutrality in its tone, timbre and presentation that makes the T50RP sound anaemic and the HD650 appears too sweet and dishonest to the source. The only caveat I have with the HM5 is its soundstage due to the closed back headphone design. The HD650’s soundstage due to its open back headphones design is just a tad wider. But given the HM5’s other impressive qualities, I find myself spending more head-time with it than any of the afore mentioned headphones. All this performance from a DAC & headphone combination worth no more than USD 300.

Interestingly, there are other headphones that are strikingly similar in appearance and specs. They are branded, packaged and priced differently. My research hints that all of them are originating from the same OEM in the east—Taiwan. Here are some of the most popular ones currently in the market:

Lindy HF-100 Premium Hi-Fi Headphones: British branding priced at USD 120. These headphones come in a Beyerdynamic like headphones case with 02 sets of straight comfort cushions and the standard assortment of cables and accessories.

Fischer Audio FA-003Ti Hi-Fi Grade Monitor Headphones: Russian branding priced at USD 230. These headphones come in a Beyerdynamic like headphones case with 02 sets of straight comfort cushions and the standard assortment of cables and accessories. FA claims that these are a tweaked version of the original FA-003. There are various modded version of these that can be seen online sporting various colours and types of earcups.

The stock ear cushions are really soft and comfortable for long listening sessions. I went ahead and upgraded to the extra thick ear pads that is available as an option on Brainwave’s website. Be warned that changing the ear cushions is not an easy task. It is going to take great skill and patience.

If I were to nit-pick, about any of the freebies that are included, it is going to be the hard headphone case that Brainwave has included with these headphones. While the hard case does provide sufficient protection and also makes the headphones and its accessories portable, the case actually looks unattractive and does not match the appearance of the headphones. The case is also too crammed and does not allow the headphones to be placed with its stock cables plugged in. I’m not too comfortable with the idea of constant plugging an unplugging of the cables; as sooner or later it will damage the 3.5mm female sockets on either side of the headphones. An after-market headphone case seems like the only possible solution to this.

The Brainwavz HM5 is very efficient and so they are fairly easy to drive with any source including portable music players. What I enjoyed best about these headphones is this rare quality of focusing on the best of what each source has to offer. They can sound engaging even with a modestly good source. Make no mistake, a good headphone DAC/Amp is a must to get the best from these headphones, and for that matter, any decent pair of headphones.

The Brainwavz HM5 with the AudioQuest DragonFly V1.2 makes for a very good match and I cannot think of a better performance for under USD 300 that this pair has to offer. Together they can be part of either a dedicated desktop audio or a portable laptop audio system. Either ways, the Brainwavz HM5 strikes a perfect balance between being a headphone that can please the sensibilities of both an audiophile and a studiophile on a budget. It is highly recommended for anyone who appreciates or analyses music.

After owning these for over 03 years, the headphones are showing signs of aging even without much/any usage. The rubberized coating is now sticky and messy to touch. The aftermarket extra thick Brainwavz earpads have deteriorated and disintegrated (torn) on its own. It’s now being used with the stock earpads. I don’t expect a sub USD 100 headphones to last any longer than 3 – 5 years. Even a Bose QC-15 headphones, that cost me USD 250 in the past, did not last any longer than this. An exception here would be the Sony 7506 which I believe has been designed to last for decades (with easily replaceable parts).

Currently I also own other budget low impedance headphones. I value and prefer them in the following order:

The pricing of the Brainwavz HM5 Studio Monitor Headphones in India may vary from what is mentioned in this review due to shipping charges, import fees and local taxes that may apply. Brainwavz is represented in India by Pristine Note. For more information on Brainwavz please click on this—LINK.