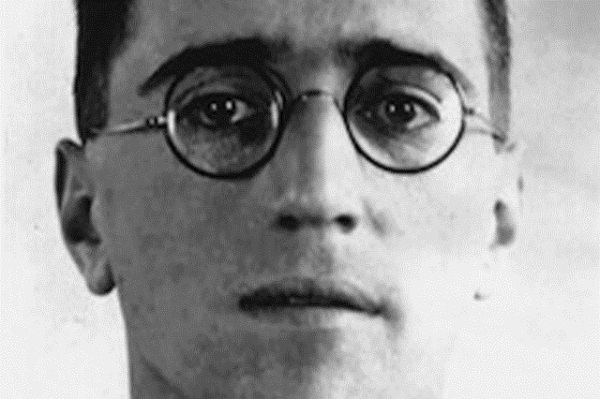 Alan Dower Blumlein (June 29, 1903 – June 7, 1942) was a British electronics engineer, notable for his many inventions in telecommunications, sound recording, stereo, television and radar. He received 128 patents and was considered as one of the most significant engineers and inventors of his time.

In 1931, Alan Blumlein is alleged to have come up with the idea of stereo while watching an early talkie movie with his fiancée. Blumlein is said to have turned to his fiancée, on the way out from the movie, and declared that he knew a way to “make the voice follow the actor” onscreen. Blumlein had just tried to describe his first thoughts about the system he would always call ‘Binaural Sound’. Blumlein explained to his fiancée that, if she could imagine being blind, and sitting in the cinema, she would be able to point out exactly where the person was on the screen with his system. This, of course, was what he was trying to achieve, not this ‘terrible effect’ where the sound comes from one side of the screen when the actor was at the other side.

In December 1931, Alan Blumlein applied for his famous patent for Binaural Sound, in which he describes in great detail, an electronic method of reproducing sound from two microphones and two loudspeakers. He called this system ‘Binaural’ from the human factor of having two ears by which we hear sound.

Because this patent was so far ahead of its time, it would be another 20 years before it was fully appreciated, long after Blumlein’s tragic early death in 1942. Of course, today, we know Binaural as ‘Stereo’.

Despite the work proving very successful, there were many concerns that the Binaural experiments would have little commercial value. It was at a time when most people could barely afford one loudspeaker, much less two. There was also the pressing need for Blumlein to concentrate on the high definition television project where his electronic circuitry genius was much needed.

Years would pass before enthusiasts at EMI would resurrect Binaural sound. They discovered that much of the modern sound systems which we employ today in cinema and home entertainment, was laid down precisely by Alan Blumlein nearly 80 years ago.