↓ Skip to Main Content
Home › Q & A › Active Vs Passive Speakers: Which Way To Go?

Active Vs Passive Speakers: Which Way To Go? 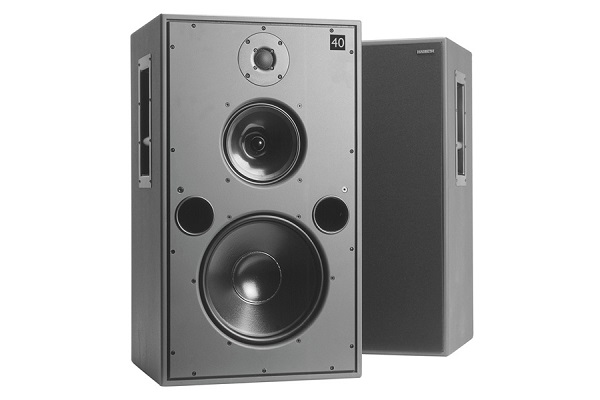 There are many different hi-fi loudspeaker systems out there, available from various manufacturers in various configurations. These loudspeakers can be broadly classified into two types—Active and Passive. Most audiophiles, looking forward to putting together a great sounding system, find it hard to choose between the two types. Passive type speakers form a majority of the speakers available with relatively lesser active options. Making a choice might indeed be difficult unless we understand the concepts of passive and active speaker systems and the key differences between them.

The Crossover Network
The frequency range of human hearing spans from 20 Hz to 20 kHz. The music that we enjoy largely lies within this spectrum. To listen to and to perceive all the music information in an audio track, it is very important to be able to reproduce the entire spectrum very accurately. Such accurate reproduction is the job of the loudspeaker driver. Unfortunately, it is practically very difficult to faithfully and precisely reproduce the entire audio spectrum, by a single speaker driver. This is because the characteristics of a driver designed to produce a particular band of frequencies from the audio spectrum are not suitable to reproduce another band of frequencies, with the same accuracy and precision. Hence separate drivers need to be used for reproducing different bands of frequencies. But, for using separate drivers for different frequencies, each speaker driver should be provided with a music signal which lies in the same frequency band which the driver was designed to reproduce. Therefore, the music signal needs to be split up into multiple frequency bands and hence the use of the “Crossover Network”.

The “Crossover Network” forms an undeniable part of any speaker system irrespective of it being active or passive. It is often regarded as the ‘Heart’ or the ‘Brain’ of an audio system. In simple terms, it is an electronic network, which splits up the input audio signal into separate frequency bands.

The Basic Difference
The fundamental difference is the succession of amplification and frequency band split up of the music signal using crossover filters.

In a passive system, the complete music signal (containing all frequencies) is first amplified. The amplified signal is then split up into multiple frequency bands by the filter circuitry in the crossover network. The amplified as well as split up signals are then sent to the corresponding speaker drivers (Tweeter, mid-range, woofer, etc.).

Whereas, in an active system, the order is reversed. The frequency band split up is done first, on the line level audio signal. The split up frequency components are then individually amplified by dedicated amplifier sections, which each are connected to a single speaker driver.

Due to this fundamental difference, the components used in the crossovers differ widely between passive and active systems.

Passive Loudspeaker Systems
Passive systems rule the roost in the hifi world, even today. This might be because there have been very few promising active systems in the market which could stand up to the technical superiority demanded by the hifi world. The preconceived notion about active systems being exorbitantly priced might be another reason. The following illustration shows a typical 3 way passive loudspeaker system:

In passive systems, the music signal is amplified first before being split up into different frequency bands suitable for reproduction by the speaker drivers. The amplification might be done by an external stereo power amplifier or by an AV Receiver as in the case of typical home theatre systems. The passive crossover network, which is in charge of the splitting up of the amplified signal into multiple frequency bands mostly resides inside the loudspeaker cabinet.

Disadvantages Of Passive Systems
Because the signal reaching the speaker is already amplified, the crossover components need to be quite voluminous to be able to withstand the amperage. Such massive components cause distortions and phase shifts and hence impair the signal.

Due to one amplifier doing all the work, the problem of “intermodulation distortion” also creeps in. It is a form of distortion arising due to two different frequencies being amplified simultaneously. Such distortion is more pronounced when one of the frequencies is much lower than the other, and when the high frequency signal is modulated by the low frequency. This is what makes the highs lose their ‘transparency’ and apparently give the feeling of the sound being ‘muddied’. It makes it hard to distinguish between the instruments played in the music.

All passive crossovers introduce some amount of loss. In some cases, it can be as much as 3dB, meaning a loss of 50% of the power, which is indeed undesirable.

In active systems, the music signal is split up into frequency bands first before being amplified. Instead of one amplifier doing all the heavy lifting, there are dedicated power amplifiers for each driver. Since the (active) crossover handles line level music signal coming from sources like CD-Players, preamplifiers, etc. it does not need massive components. The active crossover network and the power amplifiers are most commonly incorporated right into the speaker enclosure. This is mainly because of the smaller form factor of the (active) crossover network and the relatively lower powered amplifiers, as compared to their passive counterparts.

In active systems, the audio designer is gifted with the flexibility of being able to design an amplifier to work best in a particular band of frequencies, thus increasing the amplification efficiency and precision. It is also possible to match amplifier power to the requirements of the drivers thus achieving maximum efficiency. Since the amplifiers and the speaker drivers are directly coupled, the damping factor is a lot higher than in passive systems. Hence the amplifier enjoys precise control of the driver cone movement.

Active speakers provide the advantage of better and controlled bass. This has got a lot to do with the superior damping factor characteristics and higher SPL of active systems. The distortion is considerably less. No surprise why most subwoofers available in the market today are active.

An added advantage offered by active systems is that there is scope for time aligning the sound energy coming from the woofer and the tweeter, to ensure they arrive at the listener’s ears simultaneously. In digital active crossovers, this can be done with a simple delay mechanism whereas in analog active crossovers, it is achieved with an all pass filter. This again is another area where the passive system is at a serious disadvantage.

Due to even load sharing among amplifiers, by way of splitting up frequencies in the signal well before their amplification, the efficiency of amplification is very high and hence the higher SPL (Sound Pressure Level) in active systems. In other words, for producing the same SPL as in a passive system, the active equivalent would only need a lower powered amplifier.

Due to different amplifiers handling different frequency bands, the problem of intermodulation distortion is greatly reduced.

The biggest advantage of active systems is that the power loss is very minimal. The active crossover is near lossless in its operation. Hence unlike passive systems, the power efficiency is very high and the power amplifiers are a lot cooler in their operation.

Ending Words
It might come as a surprise that there is no section in this post, speaking about the ‘disadvantages’ of active systems. That is because, there are hardly any. One disadvantage which is rather an obstinate prejudice is the active systems being extremely expensive. The fact is that active systems are rather less expensive than equally sounding (in terms of audible sound quality) passive counterparts with the cost of loudspeakers, external amplifiers and expensive cables put together. A clear and agreeable disadvantage of active systems would be the lack of flexibility of upgrading the hifi system in parts, since everything comes as an integrated package.

With the advent of cutting edge technological innovations like DSPs (Digital Signal Processors), the audio designer is gifted with the precision of setting a crossover cut-off frequency to the last decimal point. The professional audio world has already accepted the superiority and brilliance of active systems. The extensive use of active monitors in most recording studios stands as a testament for the same.

The eminent German magazine ‘image hifi’ writes: “…refrain from the baublery with power amplifiers and loudspeaker cables. Thus with active configurations alone one can expand into the very best reproduction of music. No driver, as perfect as it may be, can give back what the passive crossover network takes away from the signal.”

At the end of the day, everything accounts to one’s own ears. Active or passive might not really matter. But considering the acoustical and technical aspects of active systems seriously, its high time active loudspeaker systems made their way into our living rooms.